SAN DIEGO, Aug. 12, 2021 /PRNewswire/ — ASU+GSV Summit, the world’s premier education innovations conference, has announced Symba, a company that helps organizations design and scale leading talent development programs, as the winner of the 2021 GSV Cup. Symba, founded by Ahva Sadeghi, is an all female-led organization that began as an action project to create equitable access to the workforce through internships, bootcamps, apprenticeship programs, and more. 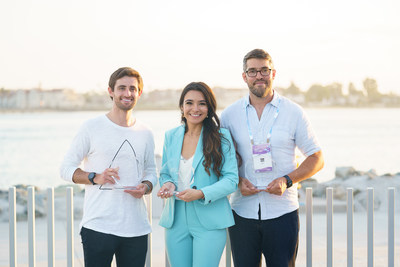 The GSV Cup is a global startup competition for pre-seed and seed education technology companies. The competition received over 700 initial applicants. The field was narrowed to the «Elite 200» following evaluation by more than 150 leading venture capitalists and investors. The «Top 10» pitched their product before the live ASU+GSV audience & judging panel on Tuesday, August 10, with the Top 3 taking the stage for a final round of pitches Wednesday, August 11. Companies were evaluated with the «Five P’s» framework; People, Product, Potential, Predictability, and Purpose.

«We expect the GSV Cup winners to become the next generation of ‘weapons of mass instruction,’ global EdTech companies changing the world through scaled innovation in education and workforce skills. The breadth and depth of this diverse group of founders is a harbinger of great things to come for the sector,» says Deborah Quazzo, Managing Partner at GSV Ventures and Co-founder of ASU+GSV Summit.

Each of the three winners received a portion of the $1MM GSV Cup prize package, awarded in front of a live audience at the Summit’s Closing Ceremony on the evening of Wednesday, August 12, 2021. The closing ceremony included remarks by GSV Ventures and Google Cloud representatives, as well as closing speaker and best-selling author, producer, actress, and director, Mindy Kaling.

For a complete list of the 2021 Elite 200 and additional information about the GSV Cup, visit: https://www.asugsvsummit.com/gsv-cup-elite-200.