LOS ANGELES, Oct. 19, 2021 /PRNewswire/ — Premiere Digital and Windfall Films (part of the Argonon Group) today announce the launch of «The Wall – Climb for Gold,» a feature-length documentary. The announcement marks the first release of an ongoing slate of films and content offerings from LA-based Premiere Digital, who will distribute «The Wall – Climb for Gold», produced by international production company Windfall Films (part of the Argonon Group), to a global audience on digital platforms in early 2022. The exact release date and platforms will be announced in the near future. A trailer for the film can be viewed here: https://thewallthefilm.com/ 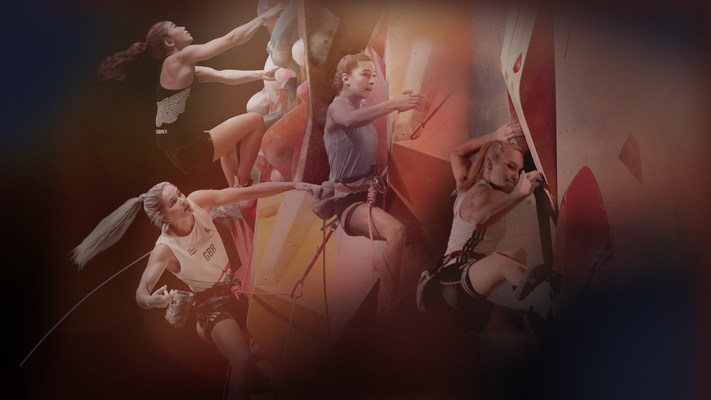 «The Wall – Climb for Gold» was made with the support of sports brand adidas and follows four elite female climbers from the adidas team over a two-year period as they battle to make it through the qualifying events to get to Tokyo for the first ever Olympic climbing competition. The journey includes a grueling season of competition and training that sees all their original plans in tatters as the Covid-19 pandemic forces the Olympics to be postponed. As they battle both mentally and physically en route to the games, the film reveals an astonishing and inspiring insight into what it means to be an Olympian, and ultimately what it means to be human.

Garnbret was a child phenomenon and holds the most world titles under her belt in the sport. Heralded the greatest competition climber of all time and the overwhelming favourite for the Olympic title, she is under extraordinary pressure to deliver when it matters most.

Raboutou, 20, is one of the youngest competitors at the Games and must balance training and being a student at UC-San Diego. Both Raboutou’s mother and father are legends of the sport, winning numerous World Cup titles in the 1990s and she hopes to continue the family success.

Nonaka, the 2018 Bouldering World Cup champion, is a Tokyo native and must overcome all the extra pressure of representing her country in her home city.

Coxsey is one of the most successful British climbers in history, with Bouldering World Cup titles in 2016 and 2017. Coxsey has fought to overcome serious injury but hopes to continue her success with a record-shattering performance at the Olympics.

The film is directed by Nick Hardie (Formula 1: Drive to Survive), features a score by multi-award winning composer Nainita Desai (The Reason I Jump, For Sama) and is edited by Emily West.

Dan Kendall, Executive Producer for Windfall Films said: «The Wall is an intimate, emotional and epic story charting the astonishing journeys of four inspiring athletes from across the globe. The film provides a unique window into the climbers’ lives, capturing their amazing strength of character. With its broad international appeal, The Wall – Climb for Gold will excite and engage audiences across the world.»

The Wall – Climb for Gold was created by Windfall Adventures Ltd, a subsidiary of Windfall Films. Windfall was supported by adidas in the making of the film but throughout retained complete independence and editorial control.

Steve Rosenberg, Chief Commercial Officer, Premiere Digital said: «It is absolutely fitting that the first film we are distributing as part of our new distribution business is a remarkable story about dedicated, passionate and goal-oriented female athletes who overcome obstacles and challenges abound to reach new heights. We are truly excited to bring this incredibly riveting and inspirational documentary to audiences worldwide and look forward to a prosperous future working with filmmakers and content producers to have their stories shared.»

Premiere Digital partners with major media companies in the entertainment industry. The company has been a major player in the media distribution space for years. Their distribution has a global reach of more than 100 countries through agreements with major digital, cable, satellite, and broadcast platforms. Headquartered in Los Angeles, CA, Premiere Digital is a trusted media services and software solutions partner for content owners, video distributors, digital retailers, broadcasters, subscription video and ad supported platforms.

Windfall Films is a BAFTA and EMMY award-winning production company with an international reputation as a producer of innovative, award-winning film and television. Founded in 1988, Windfall has applied their distinctive style and meticulous standards to a range of genres, including science, social and history documentaries, factually based dramas and feature documentaries.

Windfall has produced hundreds of shows with highlights including NASA Mars Landing: Inside the Mission for discovery+, historical adventure series Mutiny for Channel 4, and ambitious series The Fifteen Billion Pound Railway for the BBC. The company has collected numerous awards for its programming, including BAFTAs for Inside Nature’s Giants, D-Day: As It Happens and Murder Trial, an Emmy and National Academy of Sciences Award for Your Inner Fish and a Wildscreen Panda Award for The Bat Man of Mexico. Further highlights include: The Wonder of Dogs for BBC Two; How To See a Black Hole : The Universe’s Greatest Mystery and Rebuilding Notre Dame : Inside The Great Cathedral Rescue for BBC Four, Easter Eggs Live, Foxes Live: Wild in the City, and Inside Nature’s Giants for Channel 4; My Floating Home for More4; Unearthed, Building Giants and Strip The Cosmos for the Science Channel; Railroad Alaska for Destination America & Animal Planet; Arctic Ice Railroad for Discovery; Big Kitchens and Waterfront House Masters for FYI; Black Hole Hunters for Smithsonian; and Making North America, Inside Chernobyl’s Mega Tomb and Inside Einstein’s Mind for PBS NOVA.
www.windfallfilms.com

Founded in 2011 by CEO James Burstall, Argonon is the world’s first hyper-converged superindie, with labels producing content including The Masked Singer UK (ITV1), Worzel Gummidge (BBC One), Dispatches (Channel 4) and House Hunters International (HGTV). Headquartered in London, New York and LA with further offices in Liverpool and Glasgow, Argonon is an independent production group led by a board of creatives and entrepreneurs including James Burstall (CEO), Laura Bessell (COO) and David Dugan (Chairman, Windfall Films). The group consists of eight companies producing multi award-winning content for a wide range of major broadcasters, platforms and brands in the UK, US and across the world. The companies produce content across all genres and of all lengths, specialising in factual, factual entertainment, entertainment, drama, arts, comedy, and children’s programming.
Argonon has won 120 awards including Emmys, BAFTAs and RTS Awards and received over 180 nominations. Argonon is made up of Leopard Pictures, Leopard USA, Windfall Films, BriteSpark Films, Bandicoot, Like A Shot, Studio Leo and Nemorin. Clients include BBC, ITV, Channel 4, Channel 5, Sky, Discovery, Nat Geo, Facebook Watch, PBS, HGTV, A&E and UKTV to Credit Suisse, American Express, McDonald’s, Hugo Boss, My Single Friend, Net-a-Porter and Nationwide.

adidas is a global leader in the sporting goods industry. Headquartered in Herzogenaurach/Germany, the company employs more than 62,000 people across the globe and generated sales of €19.8 billion in 2020.