MIAMI, Aug. 9, 2021 /PRNewswire/ — ContentEngine, LLC., the leading news and content licensing and syndication company covering 20 countries in Mexico, Central, and South America, has launched CE NAFTA 2.0 to cover government, institutional, think tanks, and associations focused on the trade agreement that governs over $1 trillion dollars in trade between the United States, Canada, and Mexico. 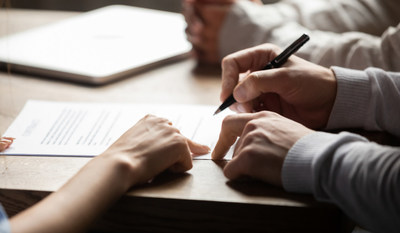 CE NAFTA 2.0 English (Mexico Content)
The North American Free Trade Agreement – NAFTA; Spanish: Tratado de Libre Comercio de América del Norte, TLCAN; French: Accord de libre-échange nord-américain, ALÉNA; is an agreement signed by Canada, Mexico, and the United States, creating a trilateral trade bloc in North America. The agreement came into force on January 1, 1994, and superseded the 1988 Canada–United States Free Trade Agreement between the United States and Canada. The NAFTA trade bloc is one of the largest trade blocs in the world by gross domestic product. A new agreement between the United States of America, the United Mexican States, and Canada was recently signed in but not ratified. It is referred to differently by each signatory—in the United States, it is called the United States–Mexico–Canada Agreement (USMCA); in Canada, it is officially known as the Canada–United States–Mexico Agreement (CUSMA) in English (though generally referred to as "USMCA" in English-language Canadian media) and the Accord Canada–États-Unis–Mexique (ACEUM) in French; and in Mexico, it is called the Tratado entre México, Estados Unidos y Canadá (T-MEC). The agreement is sometimes referred to as "New NAFTA" in or NAFTA 2.0 reference to the previous trilateral agreement it is meant to supersede, the North American Free Trade Agreement (NAFTA). CE NAFTA 2.0 (Mexico Content) English version and Spanish versions is produced and curated by ContentEngine, LLC. in Mexico City from a variety of non-media government, institutional, industry, trade, and research sources on a daily basis. The bilateral agreement governs over 1 trillion dollars of trade annually between the three countries.

About ContentEngine
Launched in 2016 by a team of Latin American media experts, ContentEngine (CE) offers a library with an excess of 500 titles covering government, private and institutional publishers. Latin America consists of 13 dependencies and 20 countries, which cover an area that stretches from the northern border of Mexico to the southern tip of South America, including the Caribbean. It has an area of approximately 19,197,000 km2 (7,412,000 sq mi), almost 13% of the Earth’s land surface area. As of 2016, its population was estimated at more than 639 million and in 2014, Latin America had a combined nominal GDP of US$5,573,397 million and a GDP PPP of 7,531,585 million USD.