NEW YORK, Sept. 2, 2021 /PRNewswire/ — In observance of the 20-year remembrance of the September 11, 2001, terrorist attacks, the nonprofit 9/11 Day today announced plans to air a one-hour national television special entitled Shine A Light. The program will air the evening of September 11, 2021, at 7:00 PM ET.  9/11 Day, founded in 2002, created and annually organizes the federally recognized September 11 National Day of Service & Remembrance (known widely as "9/11 Day"). 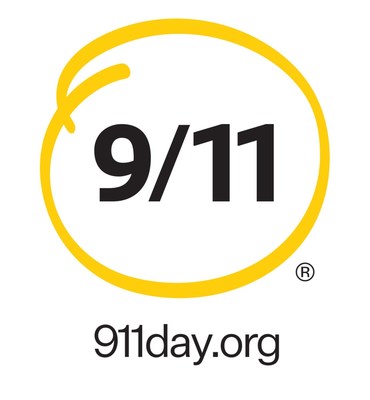 Co-produced by the 9/11 community itself, Shine A Light will air exclusively on CNN, CNN International and CNN en Español. The special will stream live for subscribers via CNNgo (CNN.com/go and via CNNgo apps for Apple TV, Roku, Amazon Fire, Chromecast, Samsung Smart TV and Android TV) and on the CNN mobile apps for iOS and Android.

Jake Tapper to host; with musical performances by H.E.R., Paisley and Common

Shine A Light will be hosted by CNN anchor and chief Washington correspondent Jake Tapper and will include discussions with young adults, affiliated with the nonprofit Tuesday’s Children, who lost parents on 9/11.  Joining them will be musical artists H.E.R., Brad Paisley and Common, who will each perform as part of the broadcast.

The telecast will air without commercial interruption. Underwriting for this program is being provided by National Presenting Sponsors CDW, FirstNet, Built with AT&T, Citi, KBW, Stifel, MetLife Foundation, and 9/11 Day.

"Shine A Light will be a unique and forward-looking tribute to the nearly 3,000 innocent people who were killed in the 9/11 attacks, their families, the survivors, rescue and recovery workers and volunteers, and those in the military who rose in service in the aftermath of the attacks," said David Paine, president and co-founder of 9/11 Day. "For the historic 20th anniversary of 9/11, we wanted to create an opportunity for the 9/11 community to tell its story directly to the American public and to others around the world who’ve also had to overcome violence and tragedy in their lives. We hope to demonstrate that even in the face of great tragedy, good things can arise if we’re willing to simply shine a light on the natural goodness that lives in ourselves and in all of us. That’s an essential and powerful reminder for all of us now, 20 years later, as we continue to deal with other tragic events, whether they be COVID, the devastation of Hurricane Ida, or the events unfolding in Afghanistan."

"9/11 was a tragedy of unspeakable pain, including for me personally, but it was also a rare and extraordinary moment of togetherness, when we realized in real time the importance of supporting each other," said Jay S. Winuk, executive vice president and co-founder of 9/11 Day. Winuk lost his younger brother Glenn Winuk, an attorney and volunteer firefighter and EMT, who died in line of duty in the collapse of the World Trade Center’s South Tower. "Through some of the extraordinary and intimate stories of those who were directly affected by the 9/11 tragedy, Shine A Light will deliver a powerful, poignant and inspiring reminder that, despite our perceived differences, we are all connected and can work together to create a more peaceful and prosperous world for our children."

Among the inspiring stories Shine A Light will include the remarkable experiences of Will Jimeno, the Port Authority of New York and New Jersey police officer who, along with his partner John McLoughlin, miraculously survived the collapse of the World Trade Center South Tower. Jimeno and McLoughlin were the subjects of the film, World Trade Center, by Oliver Stone.  The program also will feature the remarkable work of Michael Reiger and Jim Chesnutt, two FEMA photographers who documented from Ground Zero the early rescue and recovery period. These two photographers have created an exhibit of their work, which is the subject of a Kickstarter campaign.

"Our lives have forever changed by what happened on 9/11, 2001," said H.E.R. "Today I feel blessed to be able to remember and honor those souls that were lost that day along with their family members, all of the brave first responders and survivors. This performance is so special and important, and I have been so moved and have dug deep through my emotions to create this heartfelt performance."

"20 years ago on September 11th we lost a lot as a country," said Brad Paisley. "We’ve really changed as a nation since that time but let us never forget the contributions of the people who lost their lives in New York, in a field in Pennsylvania and in Washington, DC.  I think it’s really important to shine a light and keep their memories alive."

Common added: "It’s a supreme honor to be a part of the Shine A Light event honoring the families and people affected by 9/11, something that has touched us all. As artists, it is our duty to be truth-tellers and express not only what we feel but what many may feel. In that spirit, I am grateful to be able to perform at Shine A Light and spread love, hope, and inspiration through music."

"We’re grateful to all those honoring the memories of the New Yorkers we lost on 9/11 and thanking heroic first responders," said Mayor Bill de Blasio. "On this September 11 National Day of Service and Remembrance, we look forward to a meaningful and memorable observance, and we thank all those who plan to pay tribute through service and good deeds."

Veteran television producer Greg Sills, whose credits include The Concert for New York City in 2001 soon after the 9/11 attacks; Austin Reading (iHeart International Women’s Day Celebration; U2 Super Bowl 36 9/11 Tribute Performance and iHeart First Responders series with Ryan Seacrest); and the Emmy-winning writer David Wild — first Emmy nominated as the head writer for 2001’s  "America:  A Tribute to Heroes" and a current Emmy nominee as a producer for the 2021’s 63rd GRAMMY Awards — are all executive producers of the 9/11 Day 20th Anniversary special Shine A Light. 9/11 Day co-founders David Paine and Jay Winuk are also serving as co-producers. Public relations for Shine A Light is being handled by Sunshine Sachs. Also supporting the Shine A Light program are Chloe Productions, and Liquid Theory. The Talent Producer is Robin Reinhardt.

To help inspire millions of people to join in unity and service for the 20th anniversary of 9/11, 9/11 Day today also released an extraordinary and inspiring national public service advertising campaign, entitled "State of Unitedness." The campaign, developed in conjunction with the advertising agency Wunderman Thompson, with director Amber Grace Johnson, Object & Animal, includes television, radio and digital ads that feature 23 9/11 family members, survivors, rescue and recovery workers, Gold Star parents, and military veterans, and other 9/11 leaders, all urging the nation to join together in unity in tribute and to remember that "When it really matters, our differences don’t." The lead PSA, a 2-minute short film, is available for viewing at 9/11 Day’s YouTube channel.

The PSA campaign was filmed at The Shed, a cultural center in Hudson Yards, Manhattan, which commissions, produces, and presents a wide range of activities in performing arts, visual arts, and pop culture.

"When you’ve lost a loved one, you realize how trivial our differences can sometimes be. You find out real fast what’s really important in life," said Cindy McGinty, who lost her husband Michael on 9/11, and who was among those who participated in the PSA.

Musician Bruce Springsteen licensed the publishing rights for his song "The Rising," written following the events of 9/11, to serve as the soundtrack inspiration for the State of Unitedness PSAs. Academy-award winning Morgan Freeman delivers the inspiring voice for the radio spots, which are being aired nationwide by the National Association of Broadcasters and by iHeartRadio across over 800 of its radio stations nationwide. Beginning September 2, 2021, both the radio and TV sports are being offered nationwide to more than 8,300 stations by Extreme Reach and the National Association of Broadcasters, via its NAB Spot Center.

9/11 Day said it hopes to inspire as many as 20 million acts of kindness and charity and other good deeds for the 20-year remembrance of 9/11 in tribute to those lost and injured on 9/11, their families, and those who rose in service, including first responders, recovery workers, volunteers and members of our military.

Prominent organizations, including the NFL, MLB, USTA, NBA, MLS, WWE, and more than 125 of the nation’s largest nonprofits, faith groups and education organizations all have signed on to help support and amplify the 9/11 Day message of unity and service for the 20th anniversary of 9/11. 9/11 Day is also partnering with Audacy to support the "Stars and Strings" concert event being held at Pier 17 in New York City on September 11. A portion of the proceeds from the event will be donated to 9/11 Day.

Hundreds of major corporations also plan to engage their employees in both in-person and "virtual volunteering" for 9/11 Day.  A new website launched on 9/2, at 911day.org, makes it easy for individuals to post and share their good deeds through both Twitter and Facebook.

Across the nation in 10 cities, 9/11 Day is also working with AmeriCorps to organize in-person volunteer projects, where thousands of volunteers are expected to join to help pack dry non-perishable meals that will then be donated to local Feeding America-affiliated food banks. "The COVID pandemic has surely made the crisis of hunger worse in America. If we can do something to help, and do it safely, we intend to proceed on this important day of tribute," Paine said.

Many of these 9/11 Day Meal Pack projects will be open to the public – however all those interested in volunteering must register online in advance, prior to September 9. Registration information is available at 911day.org/mealpacks.  All volunteers must show physical evidence of being fully vaccinated (including two weeks after their last shot) to participate in these 9/11 Day Meal Packs and will be required to wear masks while packing meals.

In partnership with World Central Kitchen, 9/11 Day also will be purchasing thousands of freshly prepared meals from local restaurants, with a focus on independent and minority-owned restaurants and delivering them on September 11 to first responders and law enforcement personnel in many cities around the country.

To help reach, educate, and inspire young people to participate in 9/11 Day, the organization is again offering free lesson plans, and has also partnered with Discovery Education to create a virtual field trip and panel discussion, moderated by Jenna Bush Hager, that will be available for the anniversary to millions of students and teachers nationwide.

9/11 Day announced earlier this week that it also is partnering with Epik, the leading global licensing agency placing brands into video games, to reach and connect with younger audiences in a meaningful way. For the first time, a group of nine video games with 50 million monthly active users will celebrate 11 New York City artists and recorded American music in a collective charitable campaign supporting 9/11 Day. Together, they will be creating a virtual museum honoring the sacrifices of many Americans, in a first of its kind fundraiser making NFTs available for purchase inside of video games, all spearheaded by Epik. Epik and 9/11 Day have curated a collection of NFT artwork created by famous artists with ties to New York and who are passionate to give back and inspire. Among the contributing artists are Vladimir Nazarov, Cope2, Jason Naylor, Michael Rieger, Studio 502, AWTT, Jerome Gastaldi and others. The official 9/11 Day NFT collection is available at the Epik Prime Marketplace at epikprime.com.

FirstNet and the FirstNet logo are registered trademarks of the First Responder Network Authority.  All other marks are the property of their respective owners.