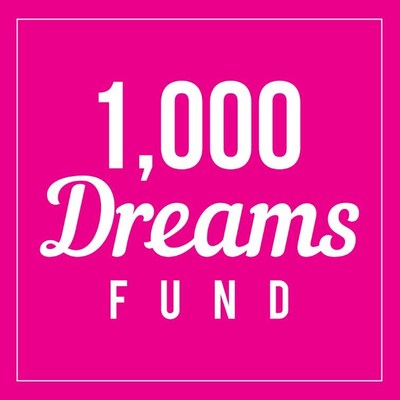 In partnership with Twitch Women’s Alliance, the two-day virtual event will be live streamed on 1DF’s Twitch Channel, featuring a diverse line-up of talented women content creators and industry thought leaders. Additionally on Sunday, 1,000 Dreams Fund will host their first-ever All-Women Apex Legends Tournament in collaboration with EA and Brown Girl Gamer Code. Developed by Respawn Entertainment, Apex Legends, the award-winning multiplayer Hero shooter, features a diverse cast of Legends, each with their own unique backstories, abilities and play styles. This women-only tournament is designed to encourage and support more women of all skill levels to get tournament experience and enter the esports scene of Apex Legends.

«BGGC is absolutely thrilled to be collaborating with 1000 Dreams Fund for their Women’s Apex tournament. 1DF has helped so many members in our community in broadcasting, internships, and more. We are honored to be giving back,» says Brandii, Founder of Brown Girl Gamer Code. «Tournaments like these are so important because they provide a safe space for competitive gaming in esports where marginalised identities are often forgotten about, harassed, and more. This will be our second time hosting an Apex tournament, and we are happy to continue providing spaces like these!»

«It’s an honor for all of us at Respawn and EA to team up with 1DF and Brown Girl Gamer Code,» said Ashley Reed, lead writer, Respawn Entertainment. «Creating equity for women in games and competitive gaming is essential, and they’re doing an amazing job driving the effort. With Apex Legends, we want to create a place where everyone can feel welcome, and we’re excited to see this tournament introduce more women of all skill levels to our game. Plus, if they like it, the Apex Legends Global Series (ALGS) is waiting for them!»

1DF launched their BroadcastHER Initiative in 2018 specifically to support underserved women content creators who stream as well as women in gaming and esports. Since its launch, 1DF has developed several key programs from their 1DF’s Twitch BroadcastHER Grant Program, which awards microgrants to up-and-coming women content creators twice per year for items like hardware and equipment upgrades or participating in educational conferences, to their BroadcastHER Academy (powered by Allied Esports & HyperX), an Esports Fellowship Program for Women, 1DF seeks to empower the rising numbers of female streamers, content creators and esports enthusiasts to succeed both on and behind the camera. While women represent nearly 50% of gamers and are rising in influence in the esports industry, they still face hurdles including gender gaps in salaries and prize earnings and a lack of financial support to fund their creative projects.

«We are so thrilled to bring back our BroadcastHER Summit for a second year, part of our BroadcastHER Initiative for our growing community of talented and passionate women content creators and gamers. Thanks to the support of Twitch Women’s Alliance and our collaboration with Brown Girl Gamer Code and EA, we will help empower even more deserving women in this industry to reach their awe-inspiring goals in streaming and gaming,» 1,000 Dreams Fund Founder and CEO Christie Garton says.

Registered attendees will have access to the event video-on-demand link after the Summit as well as the ability to ask questions to be answered live during each panel, and get the digital resources to help reach their dreams in esports, gaming, and broadcasting provided by 1,000 Dreams Fund and its partners.

«Since six years old, I’ve been a gamer. Gaming got me through rough patches, breakups, and medical school. Yet when I tried to make a career in it competitively, that door was quickly shut.  There’s work to be done, but this conference, and the actions of the impressive women attending are helping force it open,» GamerDoc, Executive Director of Queer Women of Esports and 2021 BroadcastHER Summit Opening Keynote speaker, says.

Additionally, Summit registrants will randomly be selected to win up to 20 different prizes, provided by BroadcastHER Summit Sponsor HyperX. These include the HyperX Quadcast S microphone and a HyperX Streamer Pack, including a HyperX Cloud Core headset and HyperX Solocast microphone.

About 1,000 Dreams Fund
1,000 Dreams Fund (1DF) is a national nonprofit that empowers the dreams of talented young women in need with scholarships, mentorship and other critical resources. 1DF believes that big obstacles should never stand in the way of big dreams. Since its launch in 2016, over $400,000 in funding has been granted to talented young women in need, helping them pay for the «extras» in school like study abroad, tech devices for the classroom and travel to conferences and seminars. 1DF has been featured in NBCNews.com, USA Today, MarketWatch, Forbes, Huffington Post, Chicago Tribune, Entrepreneur, TODAY and others. To learn more about 1DF, visit http://1000dreamsfund.org/

EA SPORTS, Ultimate Team, Battlefield, Need for Speed, Apex Legends, The Sims, Titanfall are trademarks of Electronic Arts Inc. John Madden, NFL, FIFA and F1 are the property of their respective owners and used with permission.

About Brown Girl Gamer Code
Brown Girl Gamer Code is a Global Digital Community for Women of Color in Gaming and Technology! One main focus of BGGC is to broaden the scope of representation in the video game world, not just in terms of characters, but behind the scenes as well. Our work is guided by six pillars which include, Representation, Community, Gaming and Technology, Equity and Inclusion, Engagement, and Safety and Security. BGGC hosts live interviews featuring Women of Color in the gaming and tech industries, esports workshops, and various streaming events related to our identities, educational opportunities and more! You can find us on all socials and our website here: https://browngirlgamercode.carrd.co/